Arriving  in Bologna by train, it’s hard not to notice the impressive white staircase near the railway station leading up a small hill. Also the curious might wonder why there is a hill here when the rest if the old city is substantially flat with just a few slight rises.

In fact, the Montagnola, which roughly translates as small hill or mound, is artificial. It was built up from the gradual accumulation of rubbish from medieval times. Later, spoil removed from building sites was dumped here.

In 1662 the hill, which by then had been building up for centuries, was levelled and mulberry trees were planted. It became a public place for strolling, theatre and games. The current layout dates from the early 1800s when Napoleon ordered it to be redesigned in the French style. The large plane trees were planted at this time.

The park  today features a pond, sculptures and a set of fountains.

The pond with a turtle themed fountain and surrounding sculptures was originally located in the Margharita Gardens where an Emilia Exposition was held in 1888. They are the work of Diego Sarti. 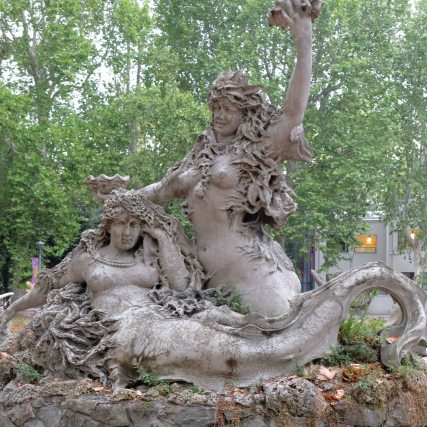 The prominent staircase facing the Railway Station was built between 1893 and 1896. In the centre is a sculpture that formed part of a fountain. A seahorse is rescuing a swooning nymph from the clutches of an octopus. There are also sculptural reliefs inspired by the history of Bologna.

Next to the stairs is a bicycle parking station. It occupies a tunnel built in 1943 during World War 2 as an air raid shelter. Extending 90 metres under the hill, it provided shelter for up to 2,500 people.

Looking down from the top of the stairs there’s a good view of the ruins of the Galliera Castle.

First constructed in the 14th century, this castle was built and rebuilt 5 times over the next 200 years as it was regularly destroyed during popular insurrections against Papal rule.

The large open area to the south of the park was the site of a livestock market which commenced operation in 1219. At that stage it was outside the city walls – see my post The Walls of Bologna .

Its named changed from Piazza del Mercato to Piazza D’Armi in later centuries as it was used for military training. It was here on the 8th August 1848 that the brief “Battle of Montagnola” took place between occupying Austrian troops and a group of Bolognese independence fighters. There was subsequently a name change to “Piazza Agosto VIII” in remembrance of the battle.

In 1878, the market long held in Piazza Maggiore moved here. It’s still held in Piazza VIII Agosto every Friday and Saturday and with hundreds of stalls. It spills into adjacent Via d’Indipendenza, Via Irnerio and Montagnola Park.

In the market you can find homewares, clothes, plants and flowers. 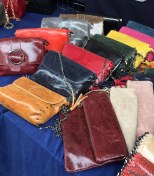 These days the park is also the venue for concerts, circus performances and music festivals.

The park is definitely worth a short visit, best done during the hours of daylight and on a Friday or Saturday you can combine it with a stroll around the large market.